The world of mass media, in which a few, prime national outlets controlled the messages we all see and hear, has largely vanished. The giant boulders you once had to move to get coverage—Oprah, the New York Times, CNN—have been smashed by the Internet, supplanted (but not entirely replaced) by scores of pebbles: websites, social media, blogs, podcasts, newsletters and more that we call micromedia. This new breed of media is key to effectively reaching your audience.

In the book, Barbara Henricks and I urge you to think less like a marketer and more like a media executive as you expand your media horizons to build a strategy that integrates earned, rented and owned media to grow a much larger audience for your message.  Using real world examples and colorful anecdotes, we explain how to build a direct channel to your audience that you own. We offer tips for making the best use of rented space on forums like LinkedIn, Twitter, Facebook, Instagram, Snapchat, YouTube, among others. Further, we illustrate how attention in the online world can help you get the earned media attention of the still powerful outlets in the traditional media space.

This book puts you at the controls of creating momentum and building a personal audience. It allows you to take action, rather than wait for the media gatekeepers to unlock their doors or the general public to create the groundswell of “going viral.”

We look past the attention-getting stunts to reveal the solid strategies and tactics that work to position you for success in the changing media landscape.

“In the old days, the only viable ways to generate attention for you or your business was to buy it (advertising) or beg for it (traditional public relations). Today, this is how most organizations still attempt to get noticed. Barbara and Rusty show you a better way – understanding the world of micromedia where everyone is a publisher.” 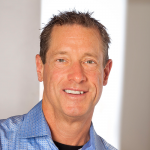 David Meerman Scott Bestselling author of 10 books including: The New Rules of Marketing & PR, now in 25 languages from Arabic to Vietnamese

“Having an important message means nothing, if nobody notices or cares. If you want to grow your audience in today’s distracted and overcrowded world, read this book. Rusty and Barbara show you how to fascinate your audience.” 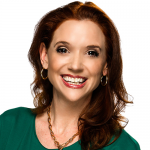 Learn more about booking Rusty for your next event.